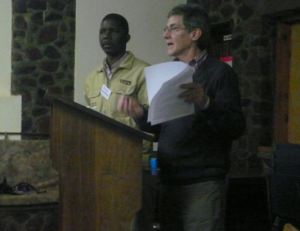 In 2010 Michael Hosking (left) and Ps. Richard Kerridge (right) travelled to Africa and launched Africa Business Community (ABC). They spoke mainly to African pastors who were members of ACMI (Associated Christian Ministers International), which us an international non-denominational network of ministers.

This mission was the result of careful research into the best way to help the poor to escape poverty; and especially to help those who are eager to commence a small business, but have no capital. 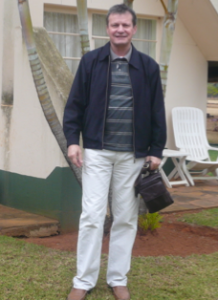 Since then ABC has given loans to people in Zimbabwe, Zambia, Swaziland, Kenya and Zimbabwe.

Owing to an initial donation from Melbourne businessman, Phil Munday, we were able to commence what has to date resulted in many African small businesses being established. Since then other Australian business people, churches, community groups and individuals have provided the funds to continue our mission.

It would be fair to say that most of the small ABC businesses have proven successful, with the loans being repaid, and the returned funds being available for re-cycle.

The key to success of micro-enterprise is finding trustworthy, godly and diligent leaders in each nation, who understand the concept, can train and advise the loan recipients, and are able to administer ABC in their nation.

Giving to ABC enables us to expand the number of loans. This will help us to give financial stability to people in Africa who suffer from malnutrition, sickness, lack finances for their children’s education and live with hopelessness every day.

Visits to Africa by ABC Directors 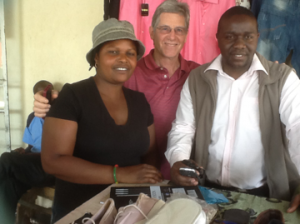 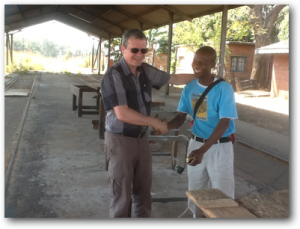 travel to East Africa to visit ABC businesses and their owners. They meet with national directors and their boards to discuss further development of ABC and to introduce the concept of ABC through our contacts with ACMI. 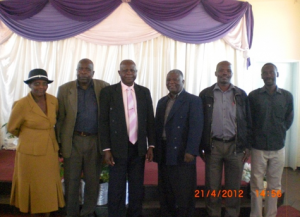 Without a doubt ABC has been most successful in Zimbabwe. Here Pastor Richard Dube, our ABC director in Zimbabwe (second from left), and his ABC Management Team work to select, advise, manage and train the loan recipients. Also they ensure that all financial matters are handled correctly.

He reports: “I want to thank ABC for its desire to help the poor people of my country. I will make sure that the team gives an account for every cent used and that each business owner works hard to pay back their loans.”

A main part of the ABC process is teaching and training the new business owners. 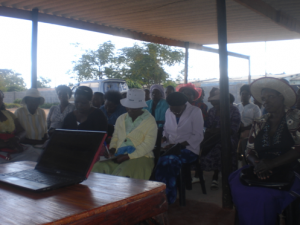 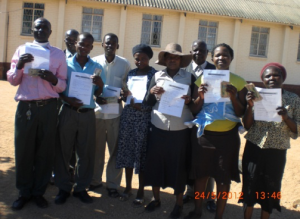 Recipients of ABC loans in Zimbabwe receive certificates indicating that they have completing their training and repaid their loans.

Some small business owners who have re-paid their ABC loans: 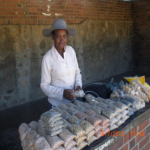 Mrs Sipho Moyo (left) was able to commence a small business in Mpopoma, Bulawayo, where she sells beans, groundnuts, round-nuts, fish and other produce. 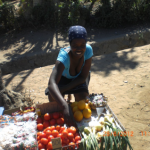 Mrs Samkeliso Mgayo (right) is now able to sell vegetables and fruit at her stall in Iminyela, Bulawayo. 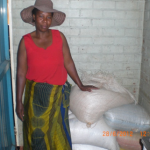 Mrs Regina Mloyi (left) commenced her business selling maize (the staple food) in Bulawayo. She firstly buys fish, sells it in rural areas and then is able to purchase maize which she sells at a profit. She has since then established a flourishing store that provides many kinds of produce for the local community. 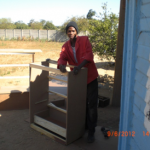 Monday Ndlovu (right) commenced a carpentry business in Mpopoma, Bulawayo. His business has grown to such an extent that he now has rented a furniture factory where he employs a number of other people.

Cheques can be made out to “Liberty World Missions”